When and How To Repot A Plant 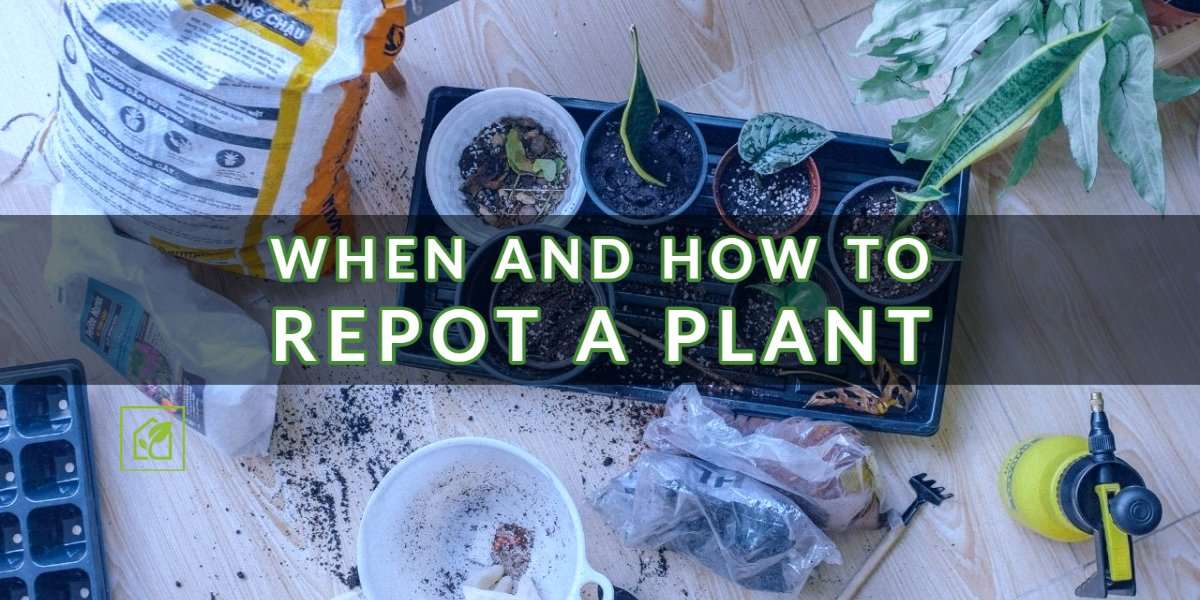 Let’s talk about when and how to repot plants

Generally you want to repot your plants right before they are going to experience exponential growth especially if there’s not very much room left in the pot.

You can actually repot plants any time of year. Especially for indoor houseplants because, they don’t really know that it’s Winter time. So you don’t have to wait. You can repot anytime it is needed.

Standard advice is to not repot during the first 6 months of getting the plants and if you do it’s just to switch pots and use the same soil or to change all the substrate to benefit the plant.

There is an epidemic of overpotting or profusely repotting plants. Plants get really cranky and it stunts their growth if you over pot them like this. Similarly to putting them in a bigger pot or too small a pot; it can stunt their growth as well.

You also want to repot your plant if it appears to be nutrient deficient or if the substrate is clearly compacted around the soil and it is hydrophobic. It’s not a good potting media for your plant so you definitely want to repot it.

Also similarly if your plant is clearly not happy and struggling in the substrate that it is in, then you are going to want to repot it. So this is where we would deviate from the standard advice previously mentioned and repot right away.

Especially for a house plant, so you may want to repot it based on that alone. A hoya in a fern substrate would be a prime example.

Repot your plant when it is showing signs of nutrient deficiency or if there is roots popping out the bottom and the pot is clearly so full of plants that it’s going to be breaking soon.

Another time to repot your plant is if there has been a year or more of no new growth whatsoever. If the plant has been completely stagnate in growth, for over a year, it definitely needs something that it is not getting in the location that it is in.

In this case my general recommendation would be to repot it, put it back in that location,  and if it doesn’t produce any more new growth within the next 3 to 6 months, then move it to a new location. After that try to change up your care a little bit to. That might produce more new growth. Majority of the time though it’s just the potting mix and it needed a repot to stimulate some new growth.

Things to note before repotting:

When you pull the plant out of the pot you don’t want to disturb the roots. There will be older articles and older blogs that are going to tell you that you want to disturb the root growth as much as possible or if it appears root bound then you are going to go ahead and cut the roots. This is not the case. You want to leave those roots alone. It will figure out. It will grow by itself. There have been scientific studies done that have proved this. Just leave it be. It’s going to bounce back a lot quicker for you.

For something that is a prolific grower like a Monstera maybe go up a size or two. But generally, you want to stick to about 1 inch to 2inch bigger than what you have or just the next size up in what you have. You do not want to go too big because then you can rot your plant. You also do not want to go too small because then you will stunt the growth of your plant. So it really just depends on the situation. Go by the root ball size, not the size of the plant.

Another thing to do before you actually start repotting your plant, is to make sure that you fully water your plant. Then it’s gonna be as happy and healthy as possible when you are supporting it.

Let’s take care of one problem before we give it another problem essentially.

Another reason to water your plant before you report is that, when you water the plant (especially if you soak it) if the soil is compacted, then that is going to loosen all that soil up. You will do less damage to your plant when you are repotting it. Especially if you are trying to switch it from one type of media to another.  You can also get this media off by submerging it in a bucket of water and that will rinse all that media off. Very useful if your are switching it from soil to leca or from a soil mix to a pon mix.

These situations are pretty much the only time you want to disturb the roots. When there is actually a reason to do it. Otherwise, leave the roots alone.

Also, note that there are plants out there that are not going to want to be watered that often and you are just going to have to work around it and not disturb the roots that much. They hold a lot of moisture and do not need more water. A lot of succulents are like this.

Step 1: Hold the potted plant by the pot at an angle.

Step 2: Squeeze around the pot gently. Do this all the way around. Especially if it is some type of plastic pot.

Step 3: When you are repotting there may be some roots out at the bottom and you may have to work around those to pull them out. You want to go ahead and wiggle those roots out as much as possible and remove the plant from its pot gently.

Step 4: Place a thin layer of your potting mix at the bottom of the new pot.

Step 5: Place the plant in the new pot and then pour in whatever type of substrate you are now potting your plant in. Do not go over the baseline of the original stem with the new substrate. Most plants do not like this.

Step 6: After you’ve got the plant all nice and settled in its new pot, you want to go ahead and give it a good watering(provided it is the type of plant that would enjoy a good watering).

If it is a succulent, lithops, or dracaena generally those are not going to want more water and if given some too soon, they will suffer some type of root rot.  That way it can grow and heal up.

That is how you repot a plant. Very simple and very easy. 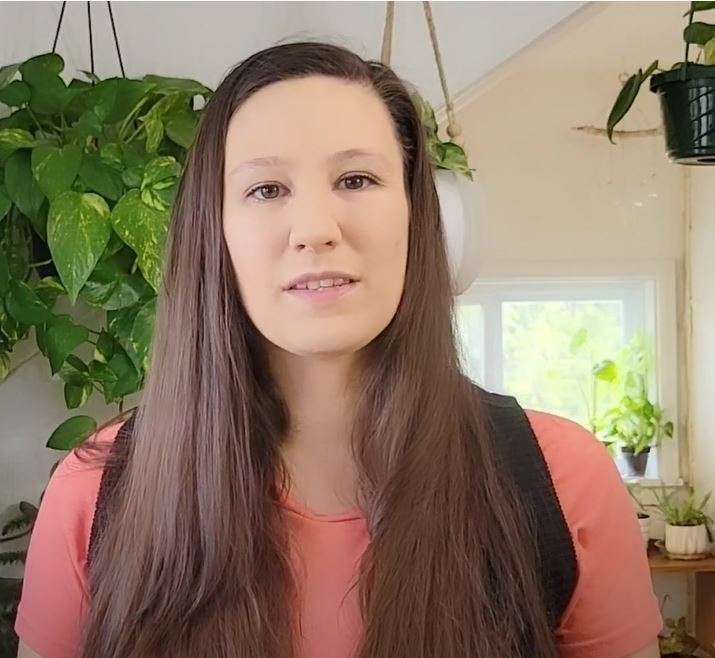 An avid fan of foliage, Lauren grew up on 10 acres playing in the forest and growing her own food. She now helps people to grow their own planty joy and keep it thriving with all the houseplant information, tips, and tricks she has experienced over the years. As a plant parent, blogger, and video creator she believes that for every person there is a plant that will thrive and that there is always room for growth.
All Posts »
PrevPreviousHow To Make a Plant Wishlist?
NextFor the Love of Orchids: A Beginner’s Guide to Caring for Orchids IndoorsNext