Music and Houseplants – Is There Really a Benefit? 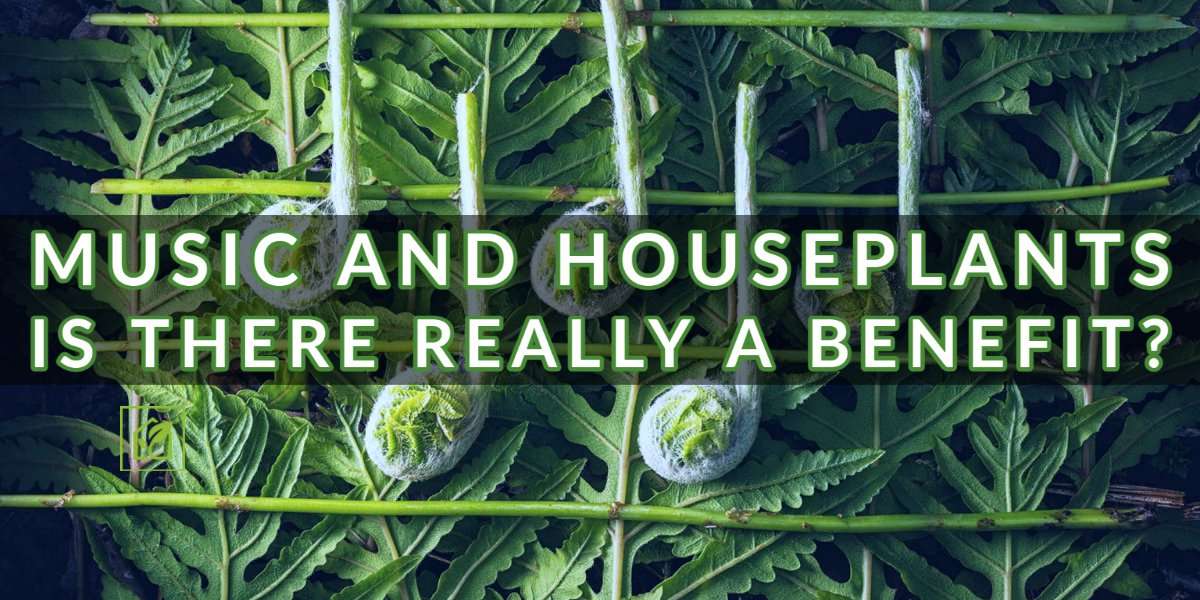 We have all heard the rumors about music affecting how plants grow but are they true? Does music really make a significant difference on plants and if they flourish? According to the book The Secret Life of Plants by Peter Tompkins and Christopher Bird, they presume that some sounds can affect plant growth for the better, and some sounds can stunt growth completely. The correlations between music and houseplants have been a centerpiece for scientific studies for years. Even after decades of research, it is still a heated debate.

Look at some facts for yourself and form your own opinion.

Do you believe plants have feelings? Do you think they are capable of interpreting sounds?

Now, do not assume that scientists are insane, claiming plants have ears, and their roots are dancing to the music beat. Instead, we believe that sound waves travel throughout the plant and stimulate the cells with slight vibrations. The stimulated plant cells are said to do a better job encouraging nutrients to travel throughout the plant. Which in turn excels plant growth.

Most plants had significant positive reactions to classical or Jazz music, while heavy rock was more likely to stress houseplants, ultimately stunting growth.

Think of a massage for yourself. If you have a gentle massage, even with slight pressure, the results of relaxing your body will be much more likely than if you have someone beating and playing drums on your back. Intense pressure could cause your body to be more tense, resulting in the opposite desired effect.

During a 1973 study documented in Retallick’s book The Sound Of Music and Plants, group one played classical music of Haydn, Brahms, and Beethoven, and group two played rock music like Led Zeppelin and Jimmy Hendrix.

Group one started intertwining themselves with the speaker in an effort that appeared to be a desire to get closer to the speaker of classical music.

While group two showed signs of plants trying to crawl away from the harshness of rock music, making attempts to escape the plant enclosure.

Marigolds died within two weeks of exposure to rock music, while the classical group showed positive and significant growth.

Jazz and Country, when tested together, provided unique responses.

Country music, on the other hand, resulted in no notable growth change. Nothing negative or positive; it was as if country music sound waves had a bland result.

In myth buster’s experiment, they concluded that any type of music will benefit plant growth and stimulate plant cells, with their heavy metal sweet peas being the most robust.

Should You Talk to Your Houseplants?

During the myth busters’ experiment, they also exposed plants to dialogue and a silent control group.

Knowing that talking to your plants will not harm them and could potentially help them grow fuller and more substantial, there is no reason not to “baby talk” them from time to time.

Water your houseplant, mist them, fertilize them, repot them, trim them, tell them about your day, and even apologize to them when your cat tries to knock them over.

A study conducted by Ikea at a school in the United Arab Emirates showed that plants that received a gentler tone experienced better growth than a plant fed harsh or abusive words. This correlation shows a similarity between more peaceful music and rock music.

How Can Plants Hear?

Plants do not have tiny ears, but the way they interpret sounds is similar to humans. Sound waves from music or noises travel through a medium like air or water. Humans decipher sound waves through our eardrums.

The waves sound produces cause vibrations which convert into energy that your brain translates into music. For plants, though, they interpret sound simply by feeling the vibrations.

Music and Houseplants – The Wrap-up

There is so much controversy around the benefits of music and houseplants it never hurts to attempt your own experiments to see what works for your plants. The correlation between plants and music is fascinating if you take the time to really ponder it. It allows a deeper understanding of living creatures and how they surround us even in our homes without being aware of it. Cells make things living organisms, plants even though sometimes forgotten about, are living organisms in their own way.

How do you play music for houseplants?

Place a small speaker near your plant. Close enough for sound waves to travel through the medium and into the stem and roots. You want to produce microscopic shakes to the leaves.

Why does the study of plants and music cause so much controversy?

Music is subjective. Music, in general, causes controversy, so incorporating it in scientific studies will, of course, spark debates.

Will talking to your houseplants benefit them?

Snow White talked to plants and animals. They all appeared to be happy and thriving. In all seriousness, though, it has been proven that talking to your houseplants can help them thrive. Your voice will travel just as soundwaves in music would. Vibrations can speed up cells resulting in quicker regeneration and faster nutrient travel.

There is controversy about the Myth Busters plant experiment. Some experts say that their experiment was not conducted or controlled properly to produce accurate results. Honestly, results for a correlation between houseplants and music will never be always the same. The best way to test whether their experiment was legit would be for them to replicate it once again, but that is unlikely to happen. We recommend trying an experiment similar to theirs at home and seeing what results you gather. The main reason spectators are shooting down the Myth Busters experiment is their results for heavy metal and rock music. So many have tested and proven that plants died under the stress of intense music. Myth Busters gathered opposite effects.

There is significant controversy around whether music is beneficial to houseplants or if it is just a folk story. There is ample research that will prove sound waves can excel plant cells and nutrient production, causing plants to grow. On the other end, some research states that music will make no difference at all and, if anything, stresses a plant out, causing it to die. To learn what works for your plants, try an experiment at home and see how music works for you.